T-LOAD&move is a lateral outreach control system with movement control and cage load control, developed for small and mid-sized platforms.

This system makes platform to work in allowed conditions preventing operator faults and providing safe use of platforms. By measuring the load in the cage, system allows the platform to work in different working diagrams like 100KG, 200KG or 300KG. In addition to this, system can read  analog/canbus joystick inputs and drive PWM proportional valves. 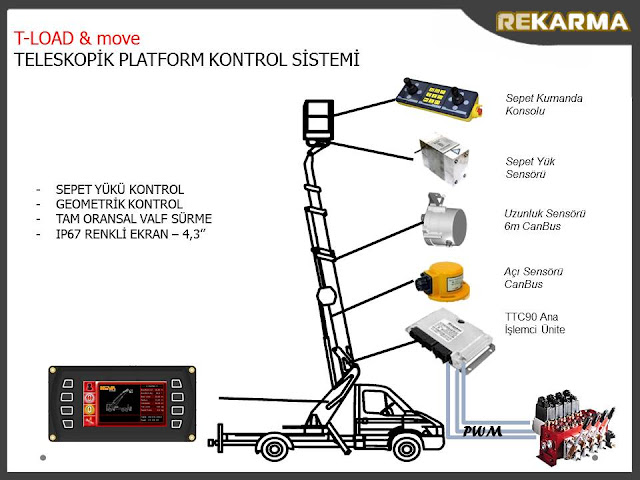 T-LOAD&move system is being used by Turkish Platform Lift Manufacturers since years. The system has proved itself on different machines and under different working conditions.