T-STAB is an outrigger self-leveling system developed for mobile machineries which have 4 outriggers. 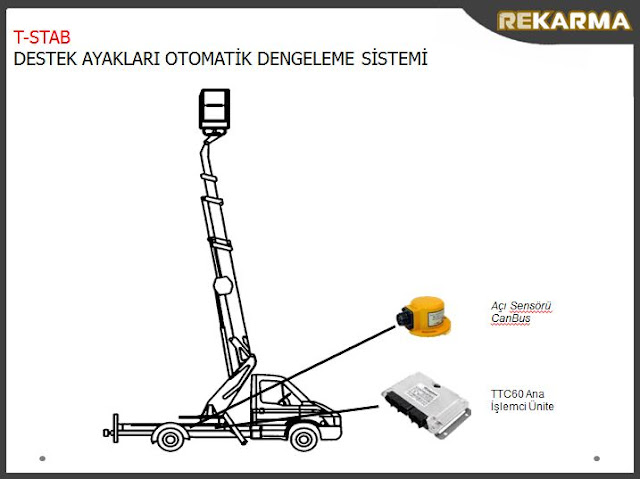 Apart from self-levelling of the stabilizers, outrigger full open, full close and jacks are on the ground switches are wired into our controller and the controller drives outputs such as LEDs for the status of the jacks. The controller also reads analog/ digital inputs of the outrigger extension buttons/joysticks and drives the valves accordingly.

Rekarma has recently developed an outrigger HMI called “R-Console” which works perfectly with T-STAB. One machine needs 2 pcs of R-Console for the safety issues. The operator should control the outriggers which are in sight of view. 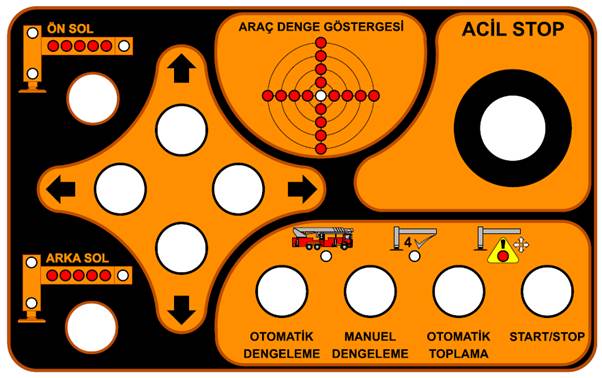 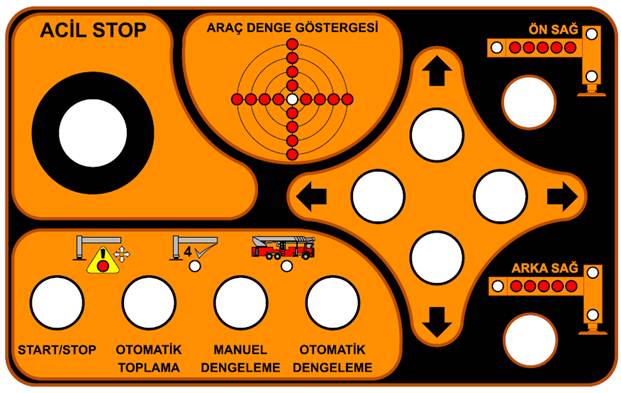 T-STAB system is being used by Turkish Platform Lift Manufacturers since years. The system has proved itself on different machines and under different working conditions.

Different sensors and digital I/Os can be added for OEM customization.